5 hand-picked games from our September's features!

A chilly wind rises up from the North... but fear not!
Because this fine collection of games from September will keep you a warm company as the colder season approaches.

So, grab your coziest blanket, put on the kettle, download, and start playing!

1. Undervault is a roguelike dungeon crawler with pixel-art graphics and board games influence, in which you have the ability to control dungeon generation. 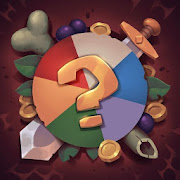 INSTALL
Game level contains rooms of different types including kitchen, bedroom, treasury, and so-called unknown room, which you can transform into your desired room type. The goal of the game is to escape from the dungeon.Game features:• High difficulty (you will die a lot), but every playthrough is unique• Survive. You need to take care of hunger and fatigue• A turn-based battle system with aiming, items, skills, character effects, and enemy AI• Skills tree with the ability to focus on different play styles (fighting, stealth, room generation)• Mining. Dig new rooms or connections between existing rooms• Trading. Each trader in the game has its unique list of items and prices• Compete with other players for the best score in the daily challenge• Character leveling system. Improve certain characteristics on each level• Different room connection types - door, ladder, hole (move only downward), locked door (pull a lever to unlock)Give it a try!

2. Create elaborate supply chains of conveyor belts to feed ammo into your turrets, produce materials to use for building, and defend your structures from waves of enemies. Play with your friends in cross-platform multiplayer co-op games, or challenge them in team-based PvP matches. 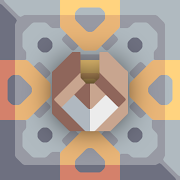 INSTALL
Gameplay Features- Use production blocks to create a wide variety of advanced materials- Defend your structures from waves of enemies- Play with your friends in cross-platform multiplayer co-op games, or challenge them in team-based PvP matches- Distribute liquids and fight constant challenges, like outbreaks of fire or enemy flier raids- Get the most out of your production by supplying optional coolant and lubricant- Produce a wide variety of units for automatic management of your base or assault on enemy bases Campaign- Conquer the planet Serpulo as you advance through 250+ procedurally generated sectors and 16 hand-made maps- Capture territory and set up factories to produce resources while you play other sectors- Defend your sectors from periodic invasions- Coordinate resource distribution between sectors via launch pads- Research new blocks to fuel progress- Invite your friends to complete missions together- 130+ technology blocks to master- 33 different types of drones, mechs and ships Gamemodes- Survival: Build turrets to defend from enemies in tower-defense based gameplay. Survive as long as possible, optionally launching your core to use your collected resources for research. Prepare your base for intermittent attacks from airborne bosses.- Attack: Build factories for units to destroy the enemy cores, while simultaneously defending your base from waves of enemy units. Create a variety of different types of support and offensive unit to assist you in your goals. Optionally enable an AI that builds defensive structures to an extra challenge.- PvP: Compete with other players on up to 4 different teams to destroy each other's cores. Create units, or attack other bases directly with your mechs.- Sandbox: Play around with infinite resources and no enemy threat. Use sandbox-specific item and liquid source blocks to test out designs, and spawn in enemies on request. Custom Games & Cross-Platform Multiplayer- 16 built in maps for custom games, in addition to campaign- Play co-op, PvP or sandbox- Join a public dedicated server, or invite friends to your own private session- Customizable game rules: Change block costs, enemy stats, starting items, wave timing and more- Mix & match gamemodes: Combine PvP and PvE gamemodes together Custom Map Editor- Paint terrain with an editor UI- Edit and preview structures in-game- Configurable tool modes: Change how each tool functions- Powerful map generation system, with many different types of filters for procedural manipulation of terrain- Apply noise, distortion, smoothing, erosion, symmetry, ore generation and random terrain to your maps- Randomize and configure ore generation, as well as placement of river and resource tiles- Configure enemy wave layouts- Customize base map rules- Use 80+ different environmental blocks

3. Prison Run and MiniGun is a retro puzzle platformer with modern gameplay and mechanics. 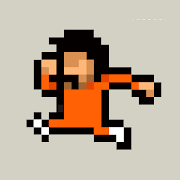 INSTALL
The recent events in a state prison, involving Jake from Hot Guns Team was a perfect moment for some prisoners to escape - you are one of them.Use your skills and the guns to break through many sections standing between you and the freedom !The game supports Bluetooth controllers.

4. Welcome to The Arcana. You’re about to enter the interactive world of Vesuvia, the most captivating visual novel full of mystery, love, and romance. 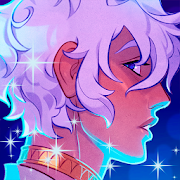 INSTALL
In merely seconds, you’ll enter your own immersive, inclusive, otome inspired love story and visual novel.In this captivating romance story you won’t be able to put down, you’re the main character and love interest. Choose your preferred pronouns, make your own choices and romance to your heart’s desire! The Arcana is LGBTQ+ friendly.Brought to you by Nix Hydra, a female founded studio with games loved by over 23 million people.THE ARCANA STORYYou’re a young prodigy tarot card reader. You wake up in a magic shop confused with no memory.A mysterious figure appears that wishes to speak to your mentor but you offer them a tarot card reading instead.They’re intrigued by your reading. They offer you an invitation to the Palace, but for a price: You must uncover the mystery of their murdered partner.You’ll immediately be thrown into the thick mystic interactive story and dating sim, where you’ll rendezvous with many sultry people on your path to uncover the mystery.Each character has many hidden secrets that you discover through your choices. Be careful, your choices and who you decide to romance impact more than just yourself!MEET THE CHARACTERSIntertwine paths with enthralling & stunning characters you won’t be able to take your eyes off of.Win over their hearts, flirt, or stir up drama! In The Arcana, you can play multiple character paths simultaneously or one at a time - the choice is yours.Julian: An exciting and dangerous doctor accused of a vile crimeAsra: Your magical mentor with a wealth of secretsMuriel: A mysterious outsider you encounter in VesuviaNadia: The powerful and intriguing countess of the cityLucio: The dead husband of Nadia who once ruled VesuviaPortia: Nadia’s favorite and most trustworthy handmaidenIf you love interactive story games, LGBTQ games, or play otome, anime, romance, or dating sim games you’ll love who you’re about to meet in Vesuvia.Are you ready to find true love in your very own romance story?HOW TO PLAYOnce inside The Arcana, you can roleplay in up to 21 unique otome-inspired stories taken from the 21 Major Arcana tarot cards.First, you must choose your pronouns. Each episode has endless amounts of options for you to role play. Unlike other dating sims, The Arcana story lets you be who you want and love who you desire.As you interact with characters on your chosen path, you must make decisions quickly or face the consequences!CREATED FOR ALLThe Arcana is the ultimate inclusive visual novel & love game developed by and for players of all sexual orientations & genders.Whether you’re gay, lesbian, bisexual, queer, pansexual, or any other orientation, your romance awaits.The Arcana is the ultimate inclusive love story game. A new twist for fans of traditional yuri, yaoi, bl and otome games.We can’t wait to welcome you into our community.

5. In Planet Life you are born again as a planet. Being a planet in space can be very lonely, but fortunately, there is life out there. 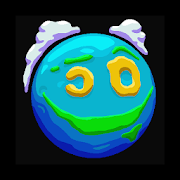 INSTALL
Search the corners of the universe, for new friends, who will help you on your quest to become a happy little place to live. Manage your resources, and upgrade tools to advance.Fight your way down a deep deep dungeon leading to the core of yourself, and gain the respect of mysterious space gods.NOW WITH PURCHASABLE BROCCOLI CHAPTER!Featuring:- A ghastly stock exchange- A precious goldfish- More dungeons!- More friends!- An evil quiz show- More space travel

Share your feedback and receive a 10$ Amazon gift card.

Another fantastic narrative export from Japan, think of visual novels as a comic book, audiobook, and interactive game rolled into one.

Best Mobile Games for a Trip Down Memory Lane

If you know what a floppy disk is, this list is for you!

This deal is brought to you by

Disclaimer:
You are going to be redirected to Play Store where you can conveniently redeem this app for FREE.

This deal may not be available in your country due to Store's limitations. In case of issues, please contact us.

Some titles are not on sale yet. You can add them to your wishlist by clicking this button. We will let you know as soon as they goes free or on sale! 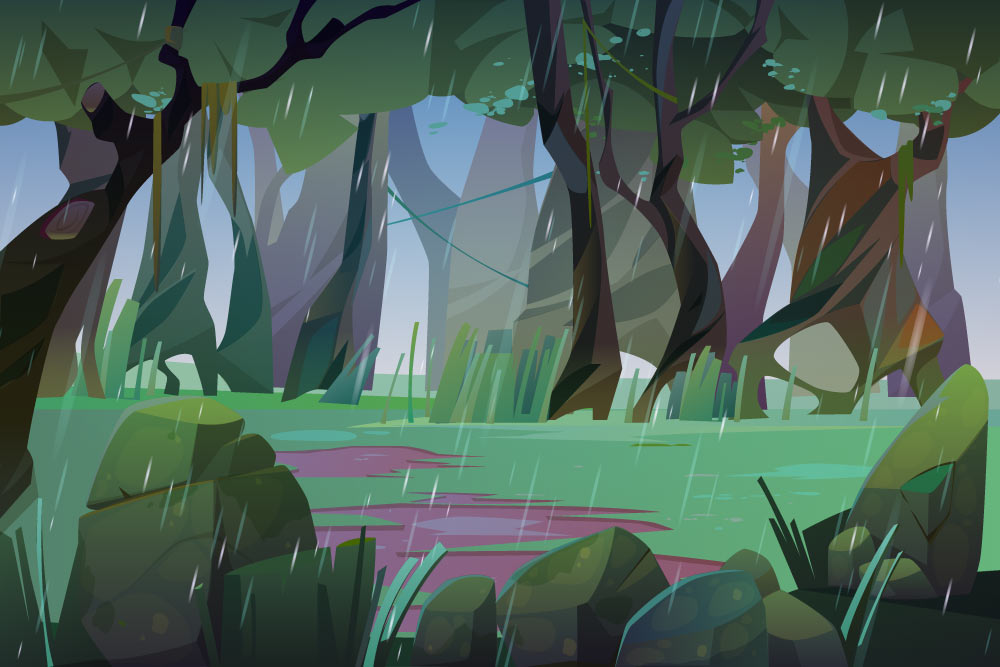 Signup to our
exclusive community 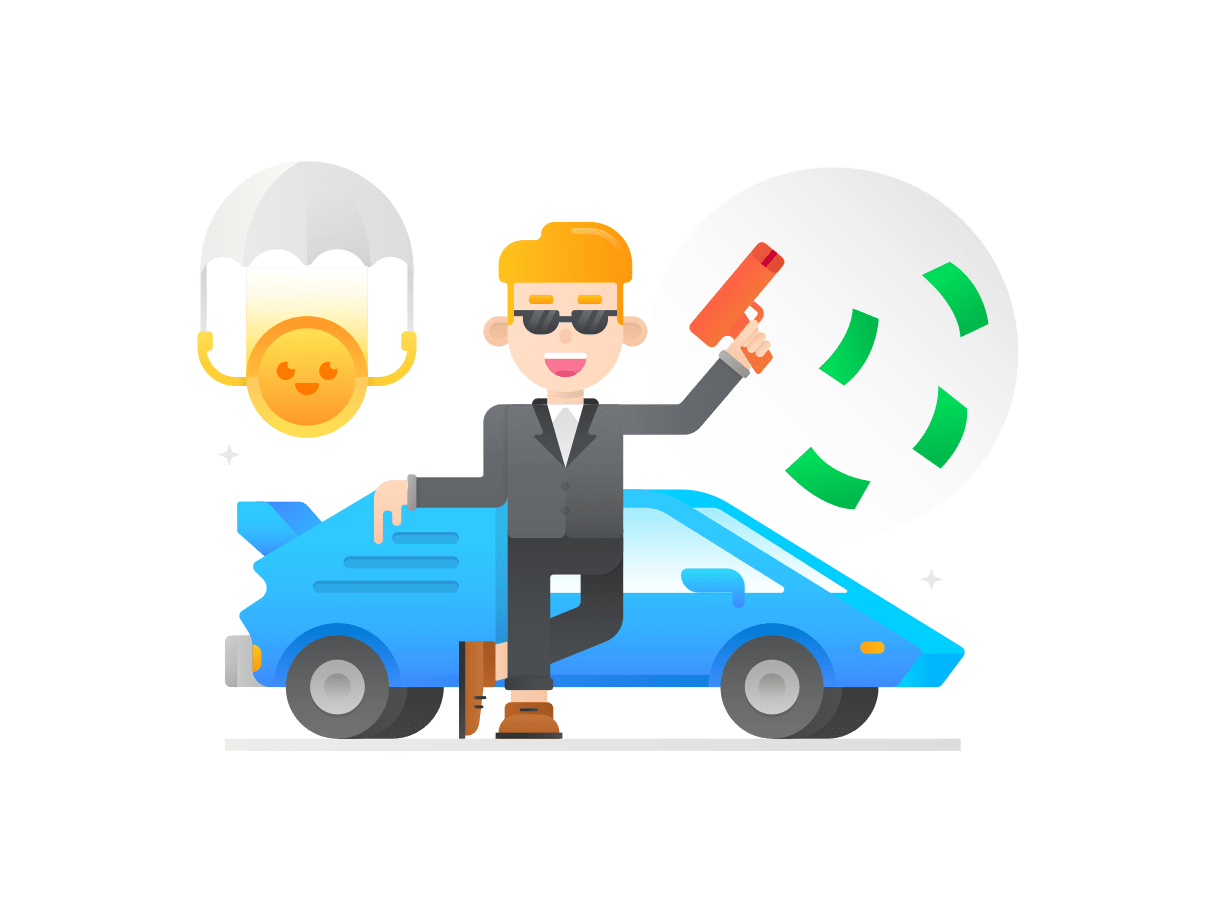 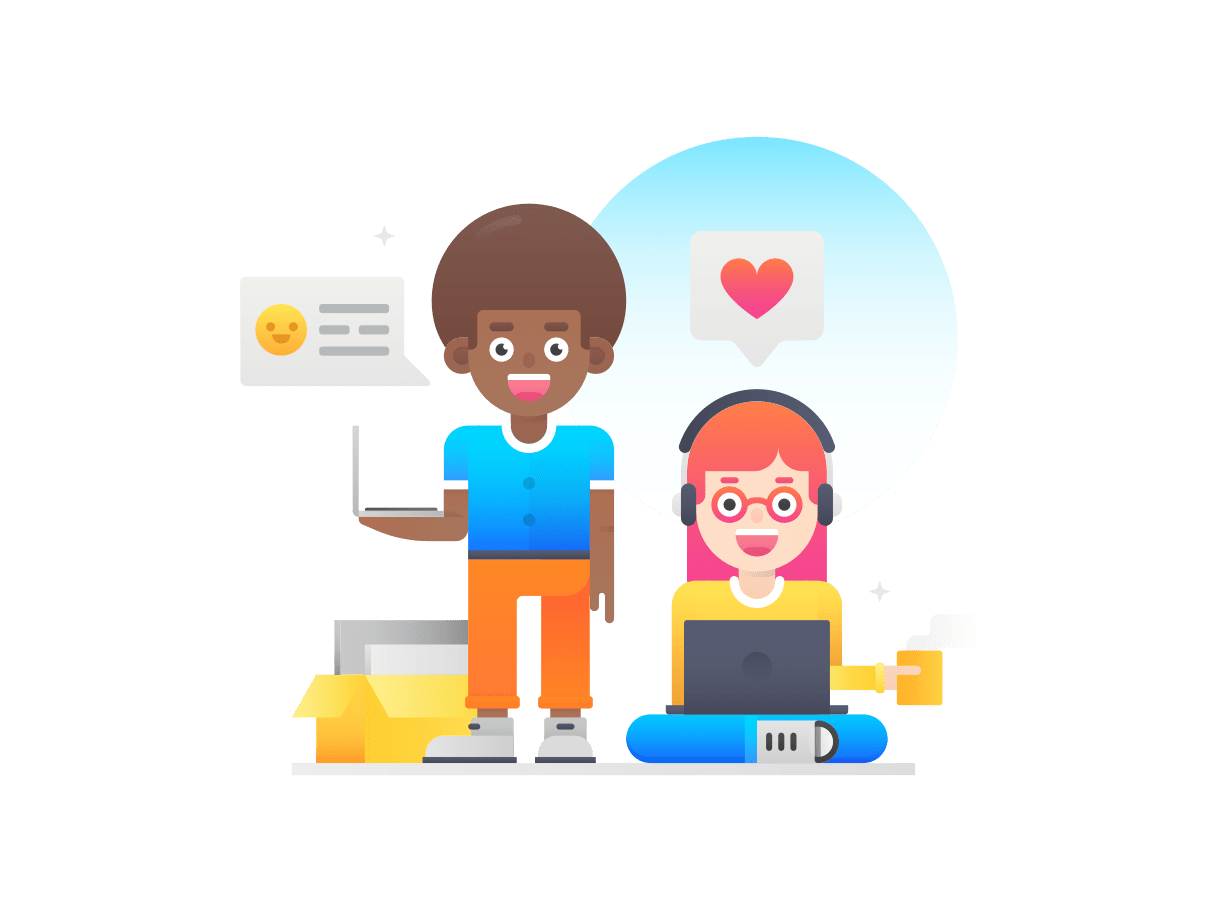 Become a member of the greatest community of mobile apps lovers 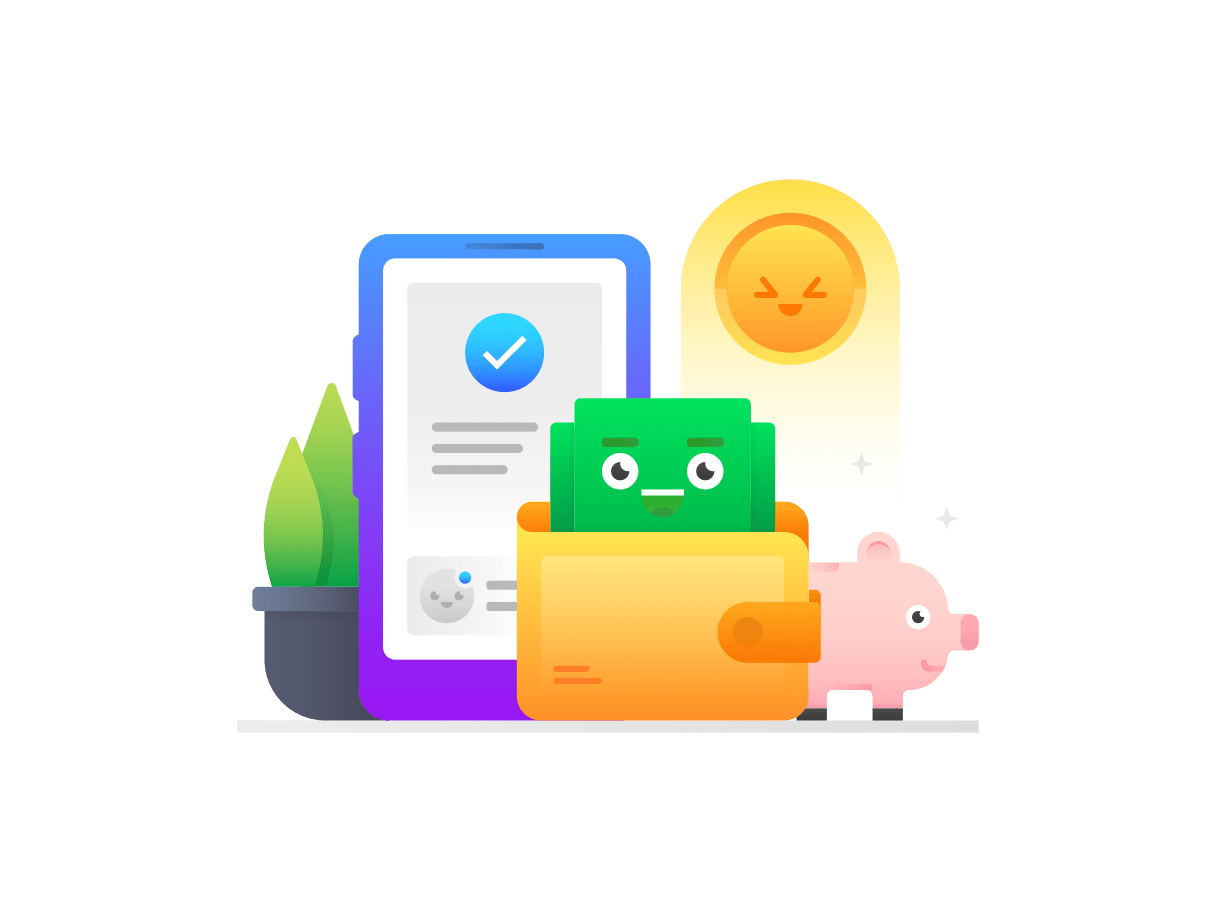 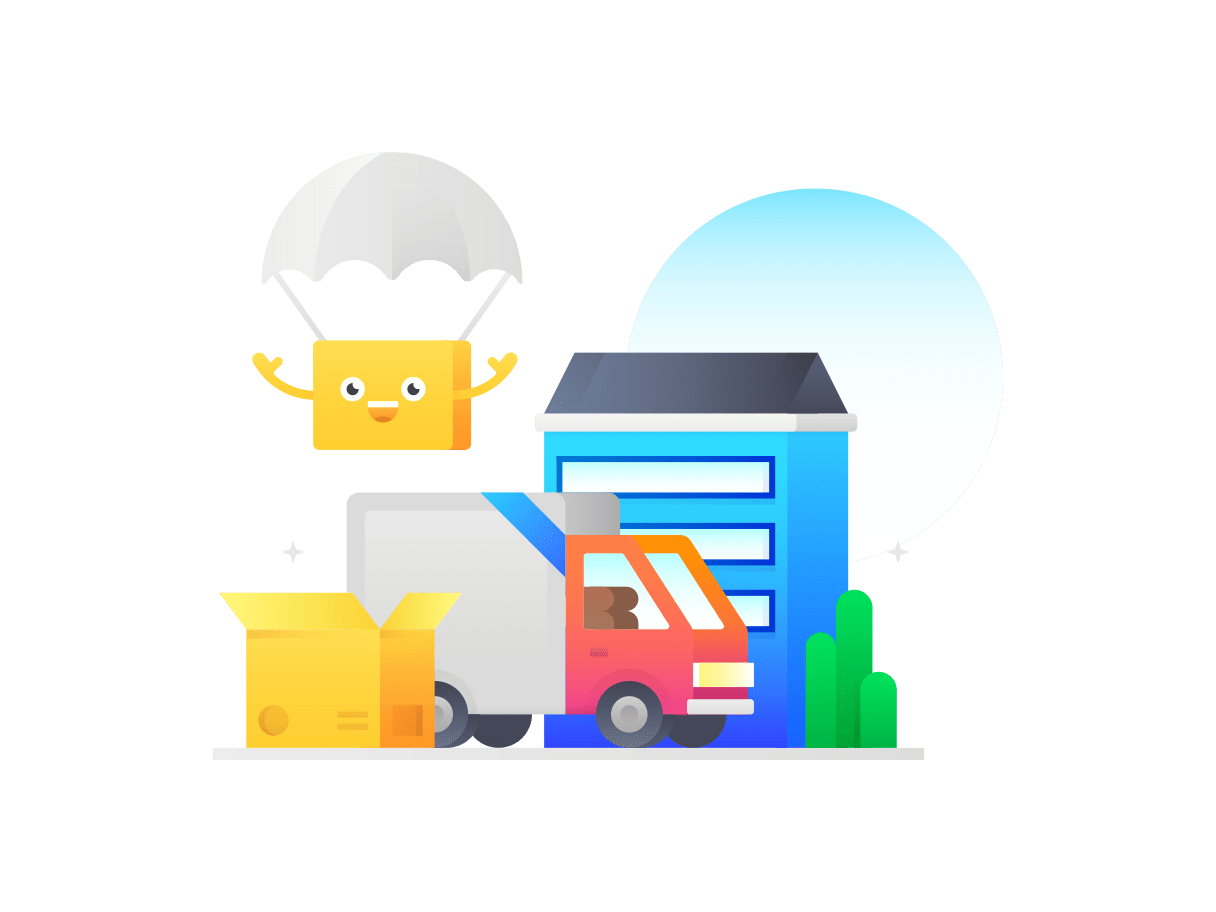 Receive apps and flash promos in your inbox for free

Deliver it to your Smartphone

Hey there! Welcome back again :)

Your opinion matters!
How much are you enjoying your MyAppFree experience?

Please, leave us a review :)

This app needs to turn on tracking to ensure you get rewarded.

Go to your phone's "Settings" (click here to open settings)

"Allow Apps to Request to Track" must be toggled ON

Last but not least...

If asks, select Allow Tracking so we know when to credit you for this deal.

You Uh oh! You didn't confirm that tracking is ON and will not get your deal credit. and you might not get your reward.

We have extra Stars for you

Log in for 5 consecutive days to receive an extra amount of 500 Stars!

Leaderboard for the highest number of Stars: you can find the ranking page by clicking on the Leaderboard button on your profile.

The more Stars you have, the higher your position!

Did you know that you can earn Stars every day on MyAppFree just by signing up and browsing our daily deals and featured titles?
And more Stars means a higher position in the worldwide Leaderboard!

Here's a little extra for you, to kickstart your collection!

200
Sign up and start!
I don't want free prizes